He spent the 1982-83 and 1983-84 seasons as the Principal Conductor of the Gran Canaria Philharmonic Orchestra. From 1976 to 1983, he acted as Composition Assistant to Franco Donatoni in the master classes held at the Accademia Chigiana in Sienna (Italy). Starting as far back as 1973, he conducted the KOAN Ensemble for more than twenty years.

He has made over a score of recordings for various international labels, such as Naxos, Stradivarius, Glossa, Col Legno, Verso, Decca, Deutsche Grammophon and the like.

In the recording sphere, attention should be drawn, on the one hand, to his devotion to the more traditional repertoire of the 19th and 20th centuries (Ravel, Falla, Rodrigo, Chapí, Albéniz, Barbieri) and, on the other, to his commitment to the dissemination of contemporary music on numerous Italian (Stradivarius) and Spanish labels (Verso, Autor, Glossa), e.g., monographic albums dedicated to Luis de Pablo, Francisco Guerrero, Gabriel Erkoreka, Massimo Botter, David del Puerto, Agustín Charles, etc. 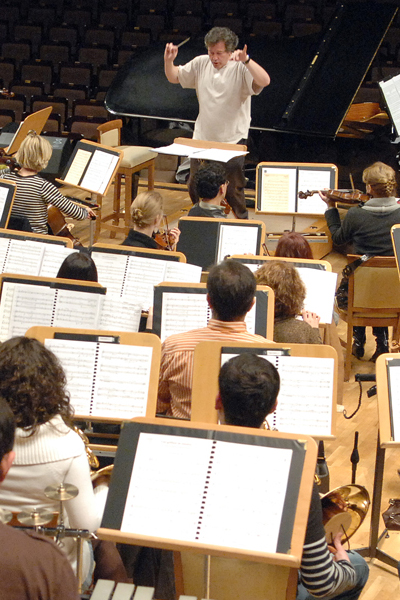